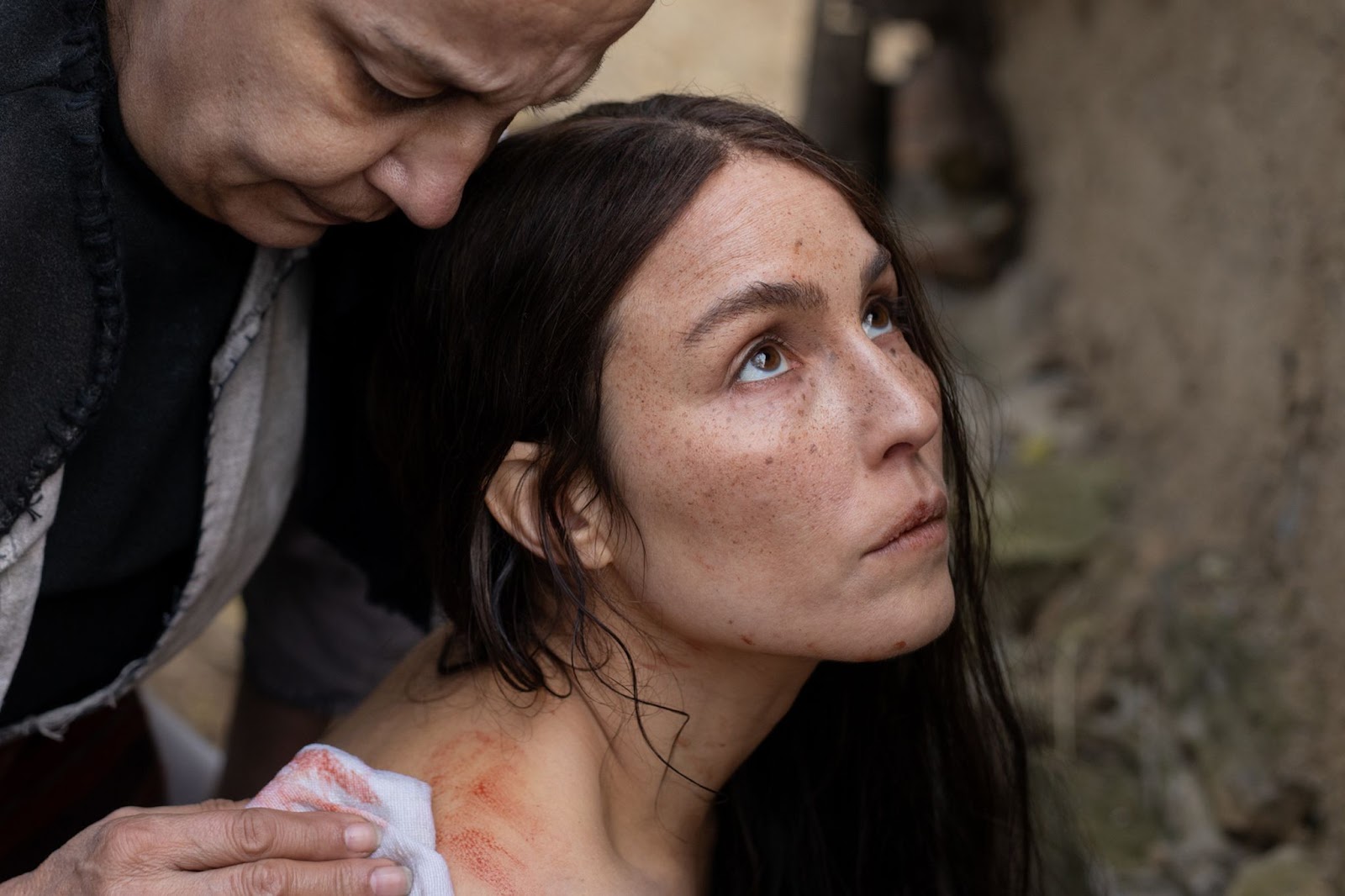 You Won’t Be Alone | Courtesy of Focus Features

Fresh off its world premiere at Sundance, BUFF is honoured to host the New England Premiere of Goran Stolevski’s haunting 19th-century Macedonian folk horror tale, You Won’t Be Alone, which sets a contemplative tone for the festival’s 22nd year with a dark meditation on what it means to be human through the eyes of a curious, cursed witch played, in part, by Noomi Rapace. 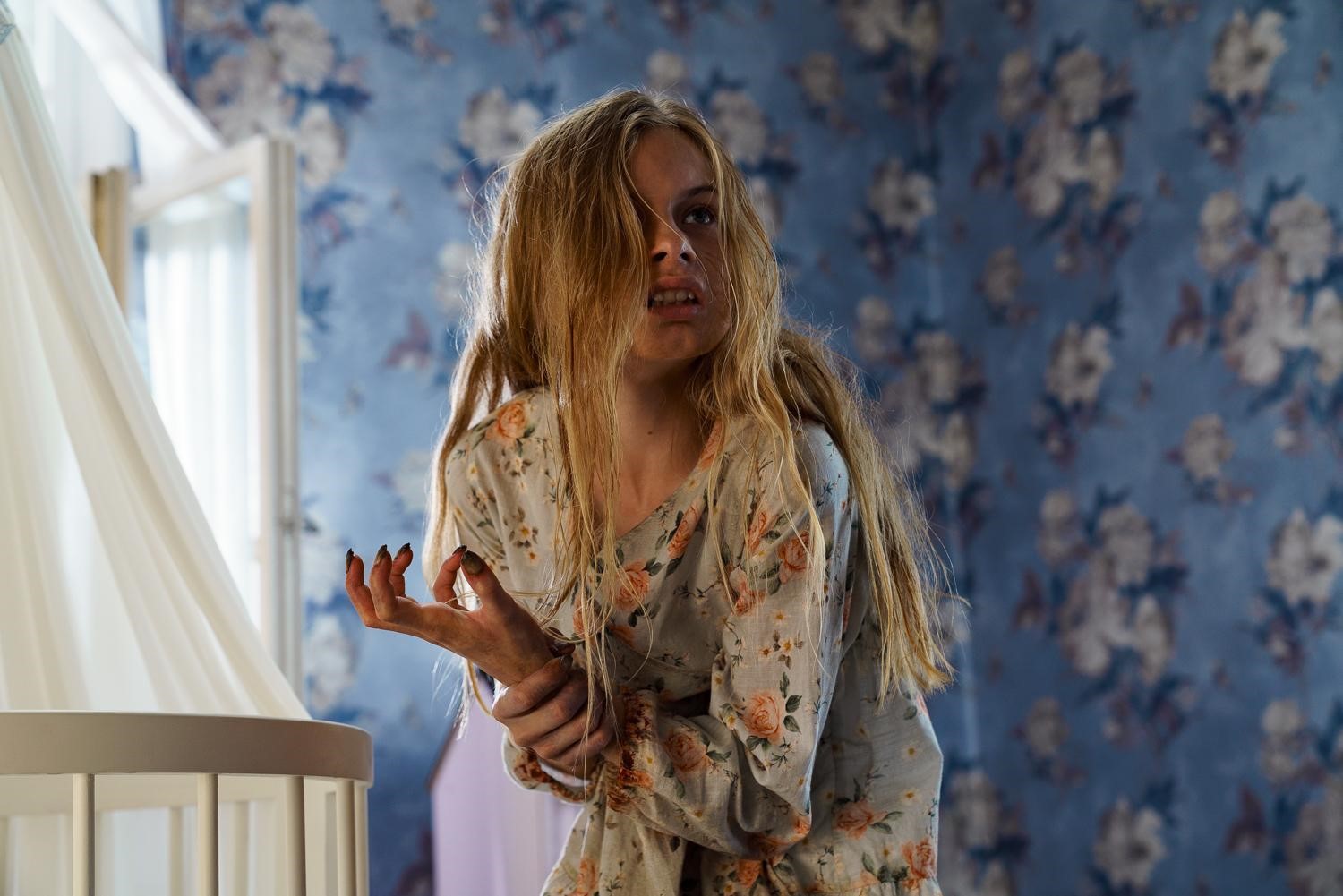 The human psyche-excavation continues with a double-dose of Gaspar Noé, starting with the New England Premiere of his absolutely devastating Vortex, featuring an astonishing performance from the maestro, Dario Argento, in an unflinching, sobering chronicle of an ailing and ageing couple during their final days. When midnight strikes, gears shift to Noé’s sensory-shattering tale of witches and weirdness on a film shoot in the New England Premiere of Lux Æterna, starring Béatrice Dalle and Charlotte Gainsbourg. 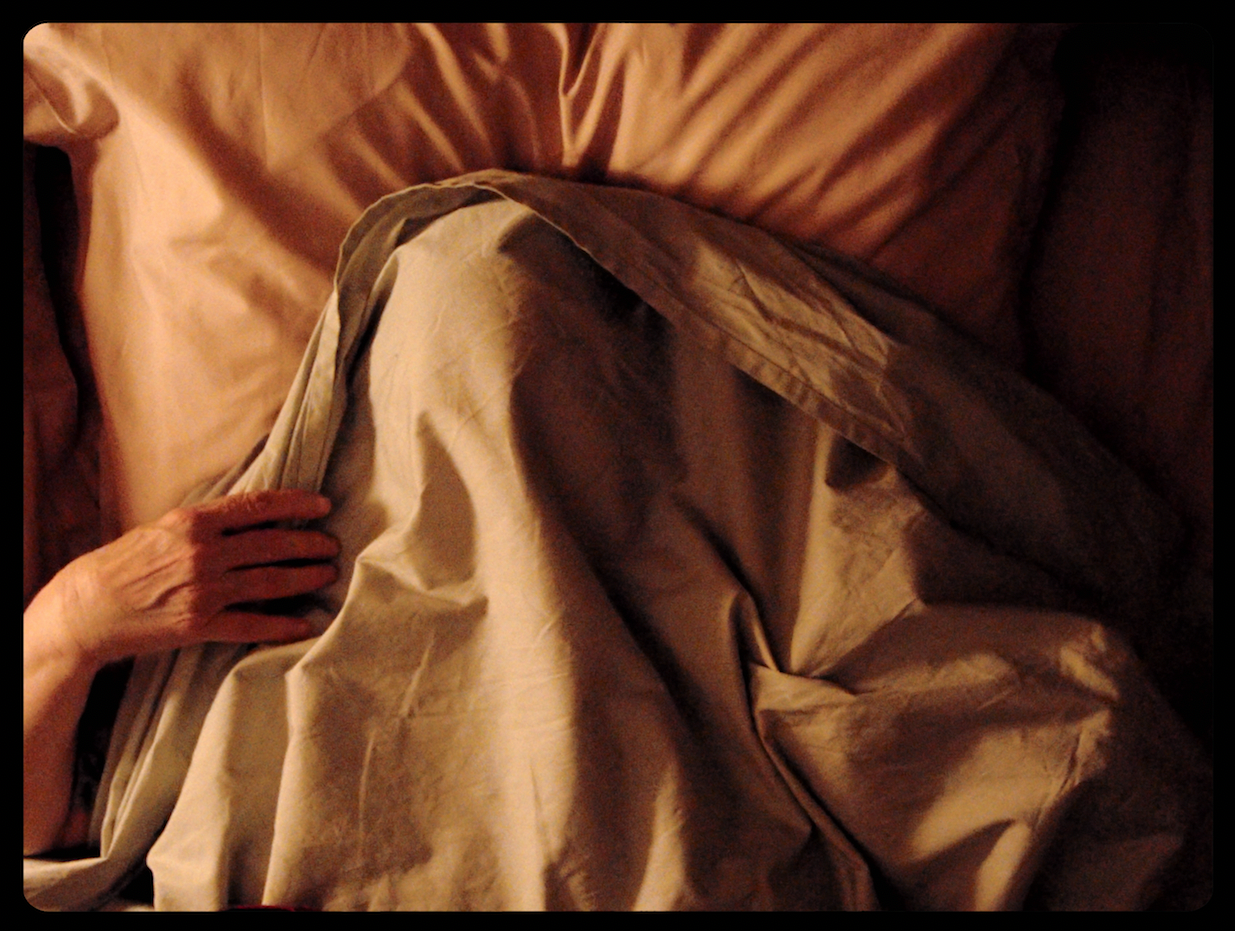 Themes of isolation and frustration are further explored in Justin Kurzel’s staggering and eviscerating Nitram, which follows the life of a disturbed Australian man in the mid-80s who commits heinous acts that culminate in unthinkable tragedy. Caleb Landry Jones leads in this gripping portrait of nihilism and violence. Taking the exploration of violence and mental illness in a different direction, BUFF is proud to host the fresh-out-of-SXSW East Coast Premiere of Addison Heimann’s nightmarish debut Hypochondriac, which follows a Hispanic gay potter who has kept his dark past at bay until the day his bipolar mother re-enters his life as a series of inexplicable physical symptoms begin to manifest in his body.

Paranoia runs rampant through BUFF alum Chloe Okuno’s exquisite feature debut thriller, Watcher, which follows an isolated young American actress, newly relocated to Romania with her husband, who increasingly suspects that her neighbor is a serial killer. The powers of paranoia wreak havoc on a clique of pious Christian young women who take punitive action against the sinners in their midst in Brazilian filmmaker Anita Rocha da Silveira’s cult-classic-in-the-making Medusa, while a group of teen girls search for serenity in self-governance only to find fleeting freedom in Avalon Fast’s psychedelically sublime Honeycomb. 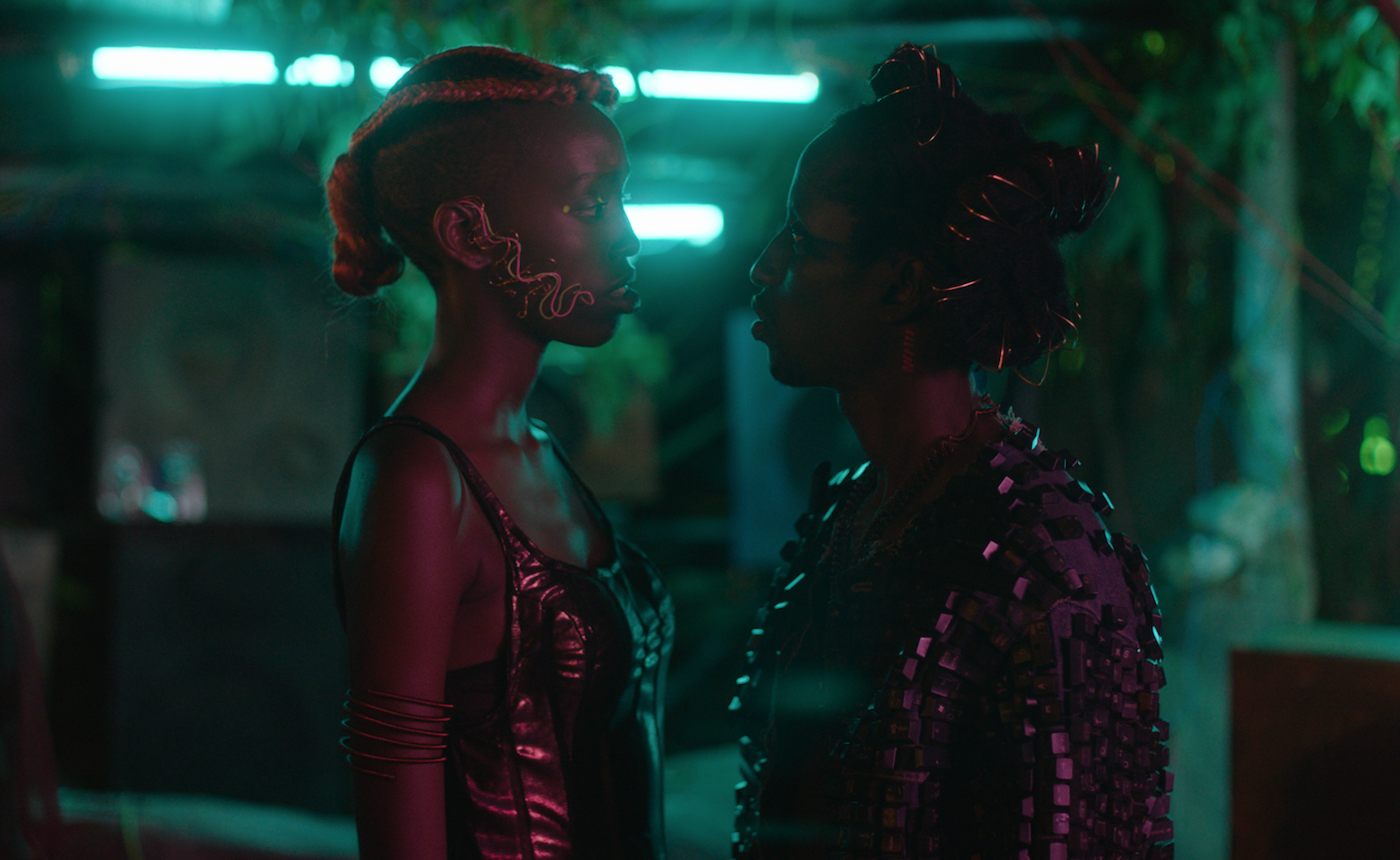 Lovers of weird world cinema take note: BUFF is bringing you the New England Premiere of the Afrofuturist/cyberpunk/Afropunk sci-fi musical of your dreams, Neptune Frost, written and co-directed by musician and poet Saul Williams and Rwandan playright and actress Anisia Uzeyman. This celestial, anti-capitalist, Black queer love story is unlike any film you’ve ever seen and demands and deserves your full attention. Rounding out BUFF’s music strand is the New England Premiere of Philipp Virus’ documentary crash-course on the sprawling history of semi-local legends and grunge gods Freakscene: The Story of Dinosaur Jr., as told by the band and their peers. 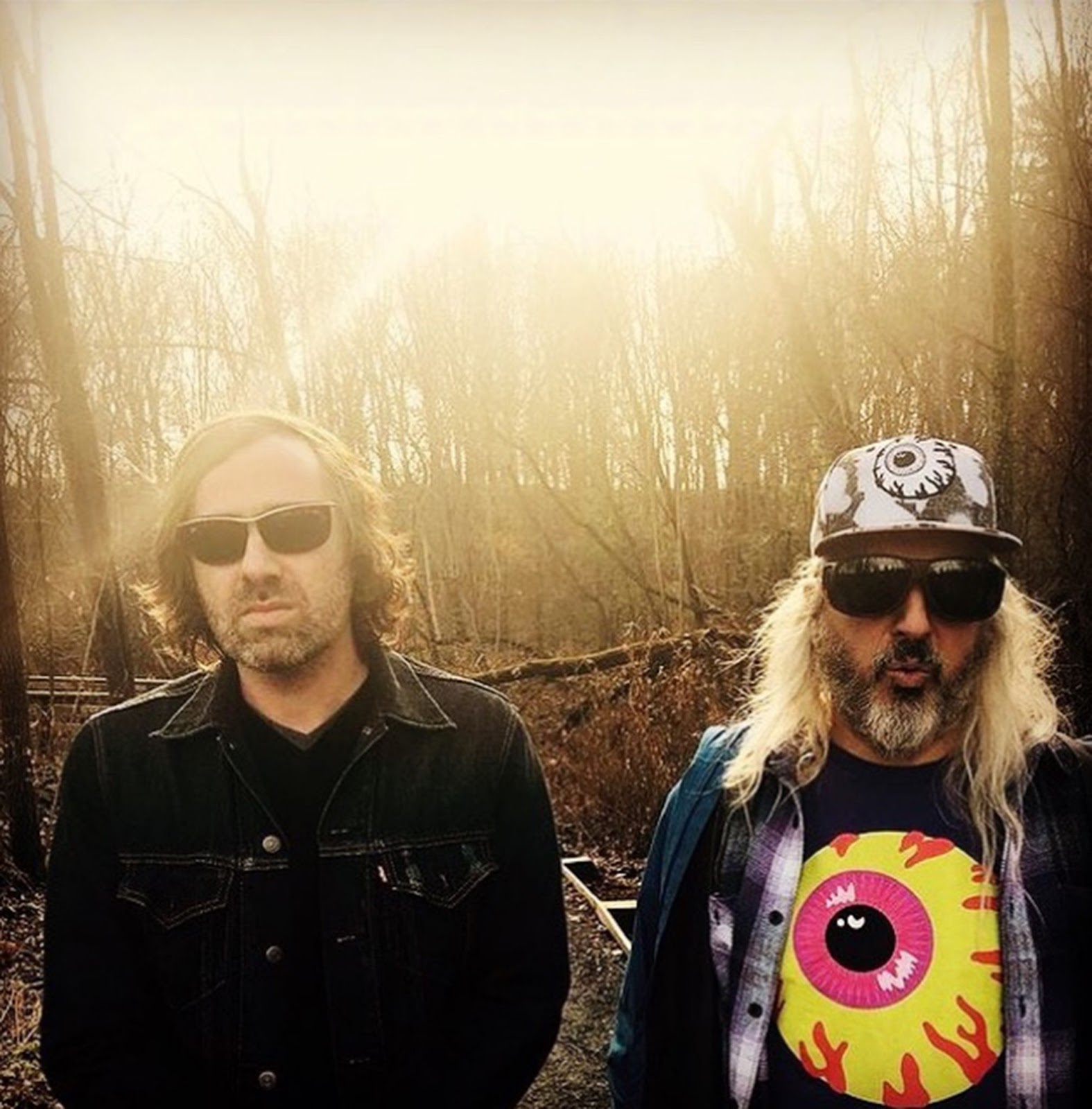 Freakscene: The Story of Dinosaur Jr. / Courtesy of Utopia

BUFF is beyond stoked to bring you the East Coast Premiere of the new restoration of 1987’s gross-out spectacular The Nest, which finds a New England town overrun by a cockroach experiment gone awry. And, for the first time ever, BUFF is expanding its kid-friendly fare with a special noon screening of The Secret of NIMH, in honor of this formative children’s masterwork on the occasion of its 40th anniversary.

We’ll also have our usual veritable bounty of shorts programming, co-presented this year by Final Draft (who will give all selected filmmakers a complimentary copy of Final Draft 12),  celebrating the finest animation, transgressive horror, comedy, homegrown horror, genre-inspired music videos, plus a special screening showcasing local talent from the Weird Local Film Fest. BUFF would also like to thank additional sponsors at Utopia and BudgetDCP for their support.

A limited number of festival badges are available for purchase on the Brattle Theatre’s site.

Tickets will be on sale at www.brattlefilm.org and www.bostonunderground.org on March 10th.

A documentary and homage of one of the most influential bands on the American East Coast, which inspired the rock scene — including Nirvana and Sonic Youth — in the 1990s.

12-year-old Tinja is desperate to please her mother, a woman obsessed with presenting the image of a perfect family. One night, Tinja finds a strange egg. What hatches is beyond belief. Five girls stray from society and take over an abandoned cabin. As they develop a set of self-governing rules, things begin to unravel in this horrific psychedelic coming-of-age debut from 21-year-old director Avalon Fast. 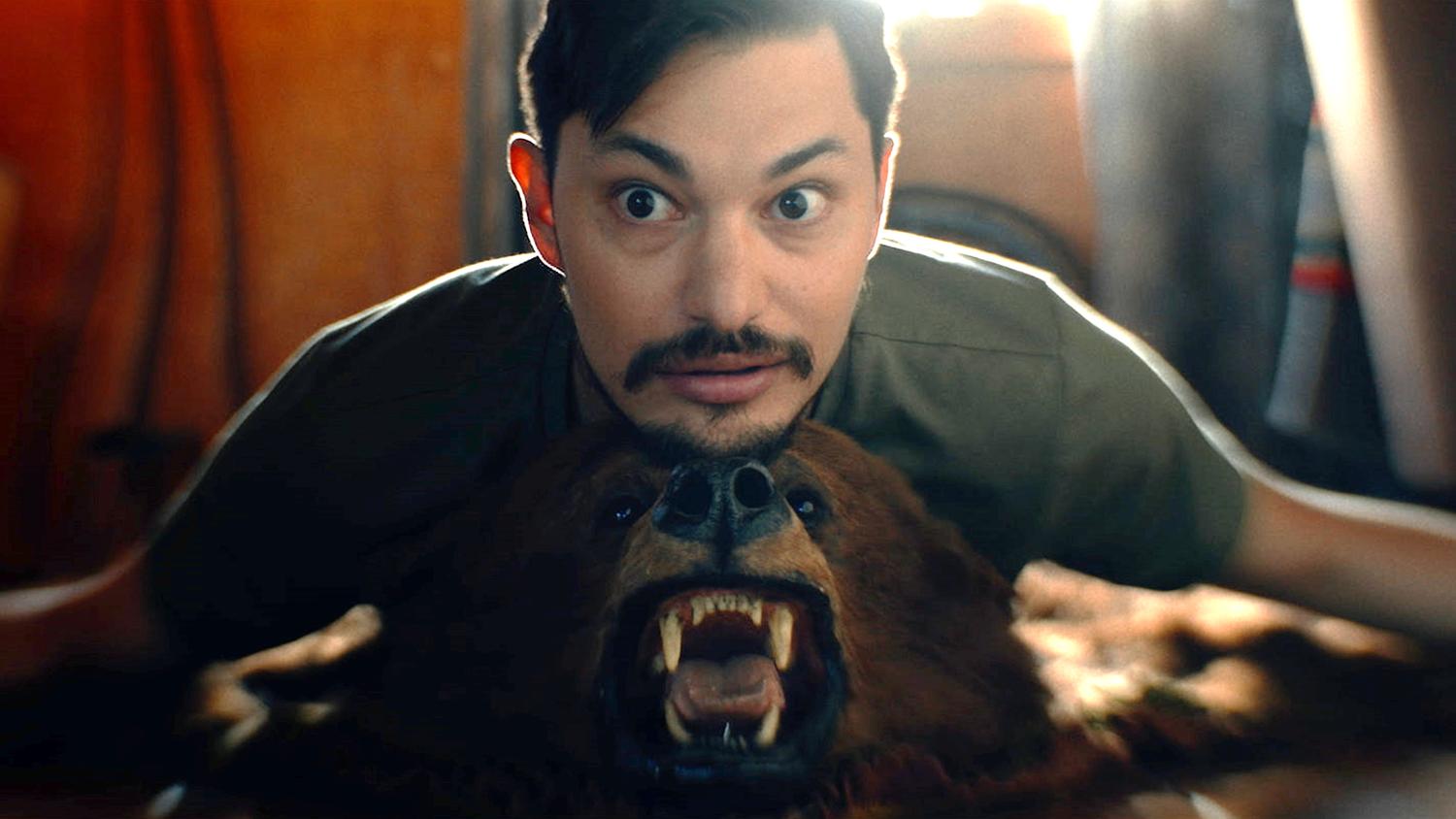 A talented gay potter’s world devolves into chaos when he begins exhibiting unexplainable symptoms right as his mentally unstable mother reenters his life. 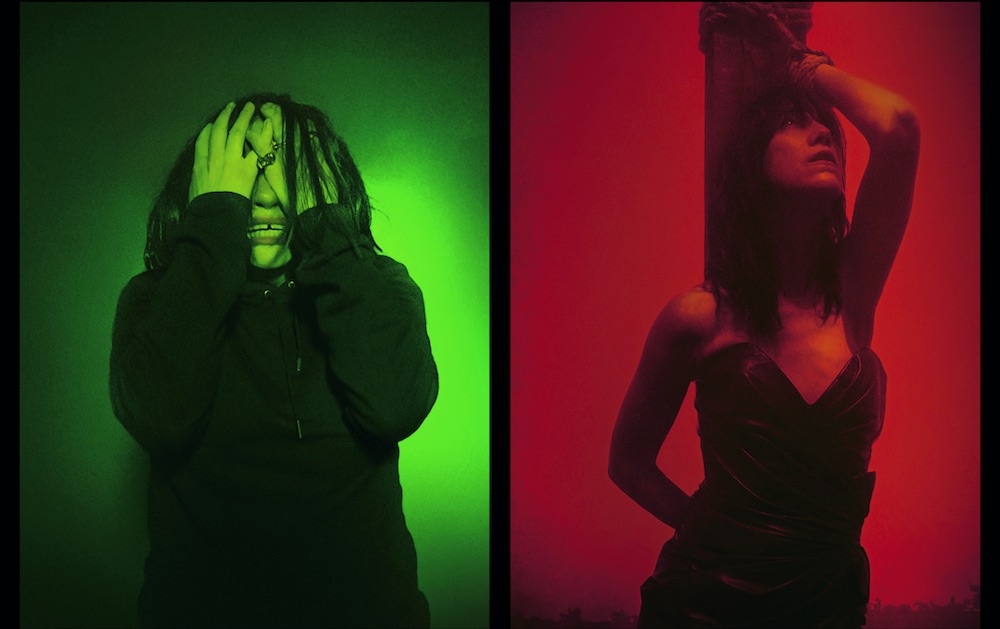 Béatrice Dalle and Charlotte Gainsbourg tell stories about witches while on a film set as technical problems and psychotic outbreaks gradually plunge the shoot into chaos. 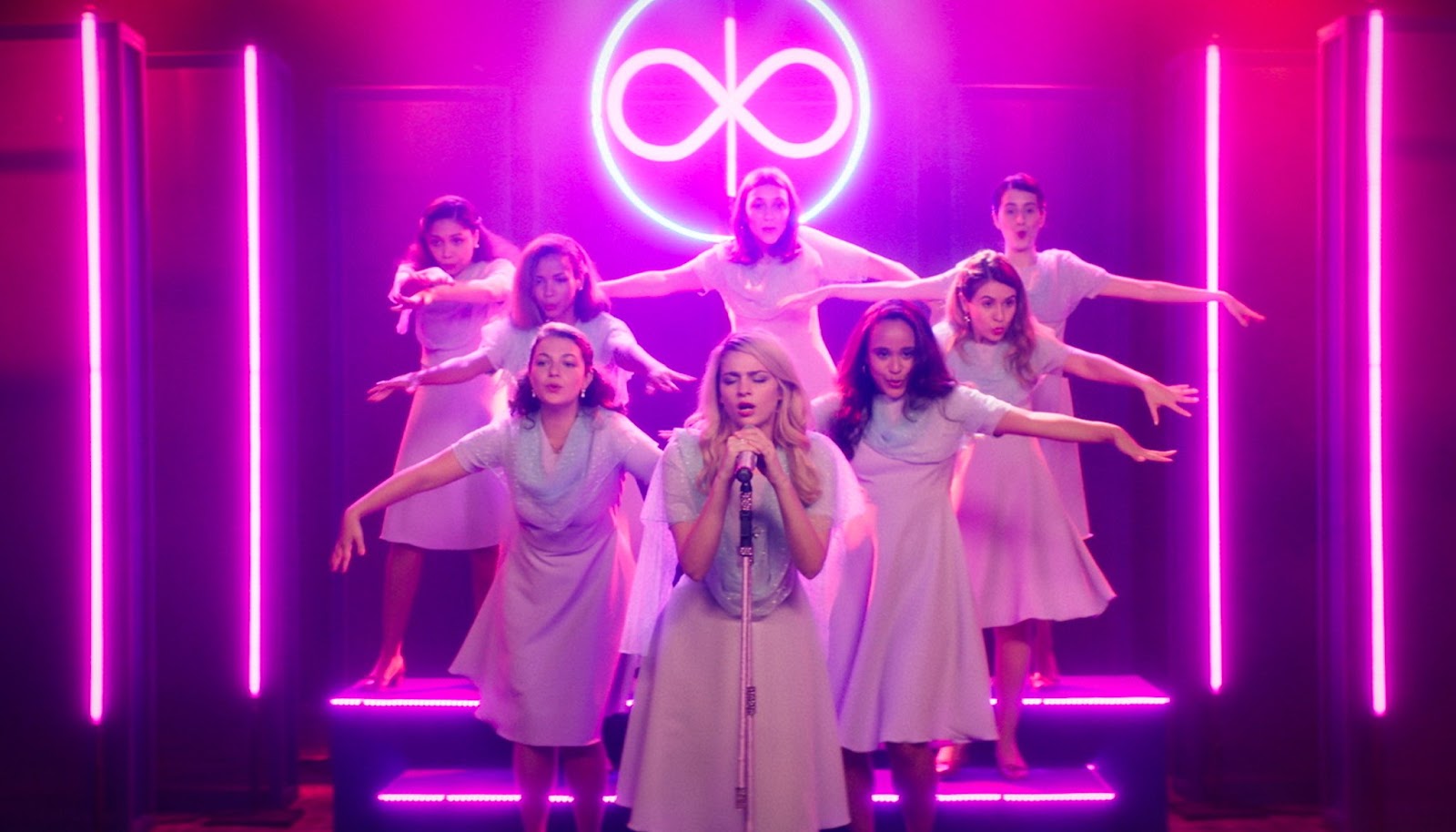 A gang of young women in Brazil try to control everything around them, including other women, by roaming the streets and beating up those they deem too sinful.

An intersex African hacker, a coltan miner and the virtual marvel born as a result of their union in this stunning Afrofuturist musical. 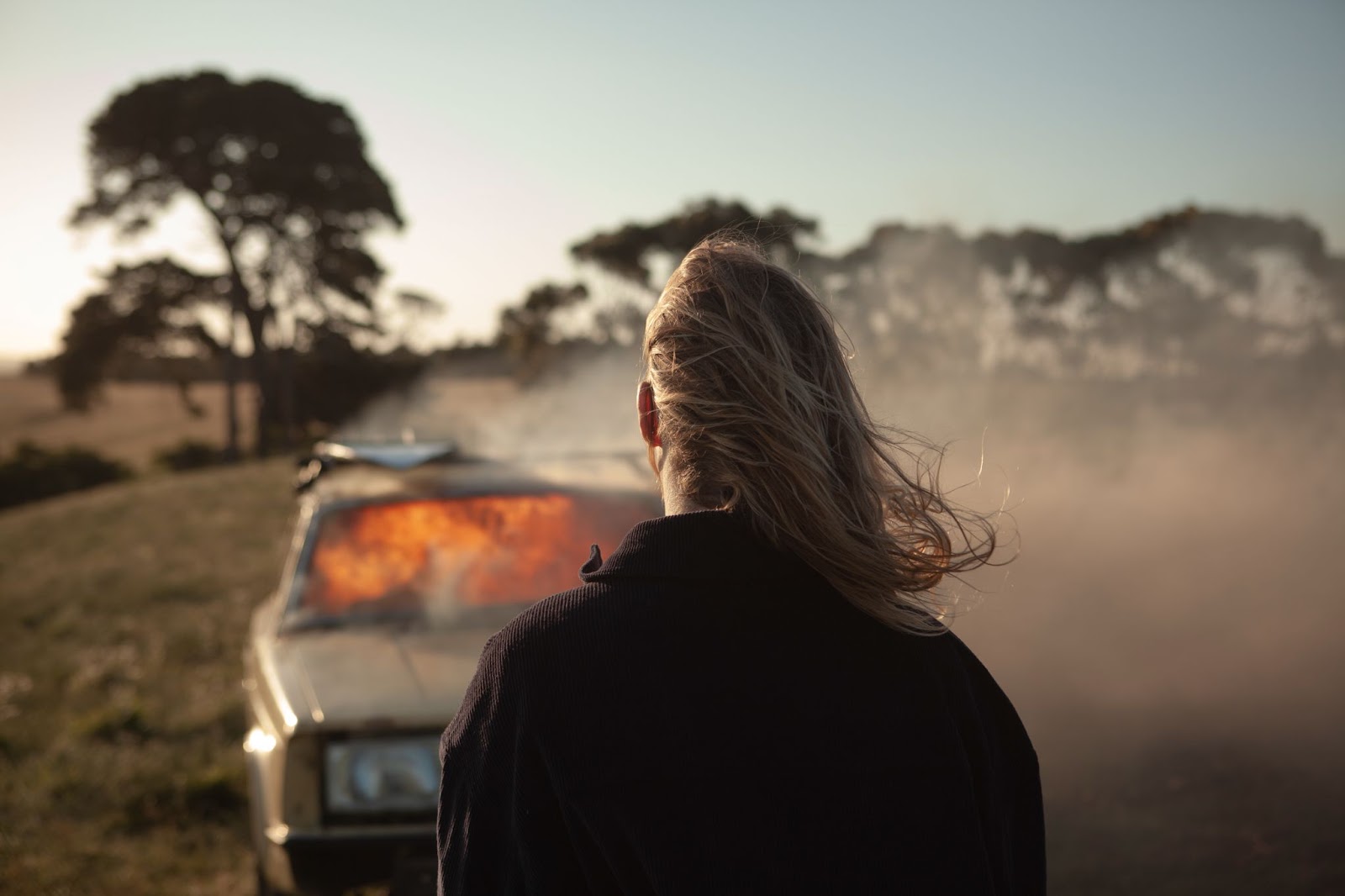 Based on a true story, Nitram is an isolated young man living with his parents in Australia until he meets an eccentric heiress. What follows is a gripping portrait of nihilism and violence.

During the bright Nordic summer, a group of children reveal mysterious powers. But what starts out innocent soon takes a dark and violent turn in this gripping supernatural thriller. 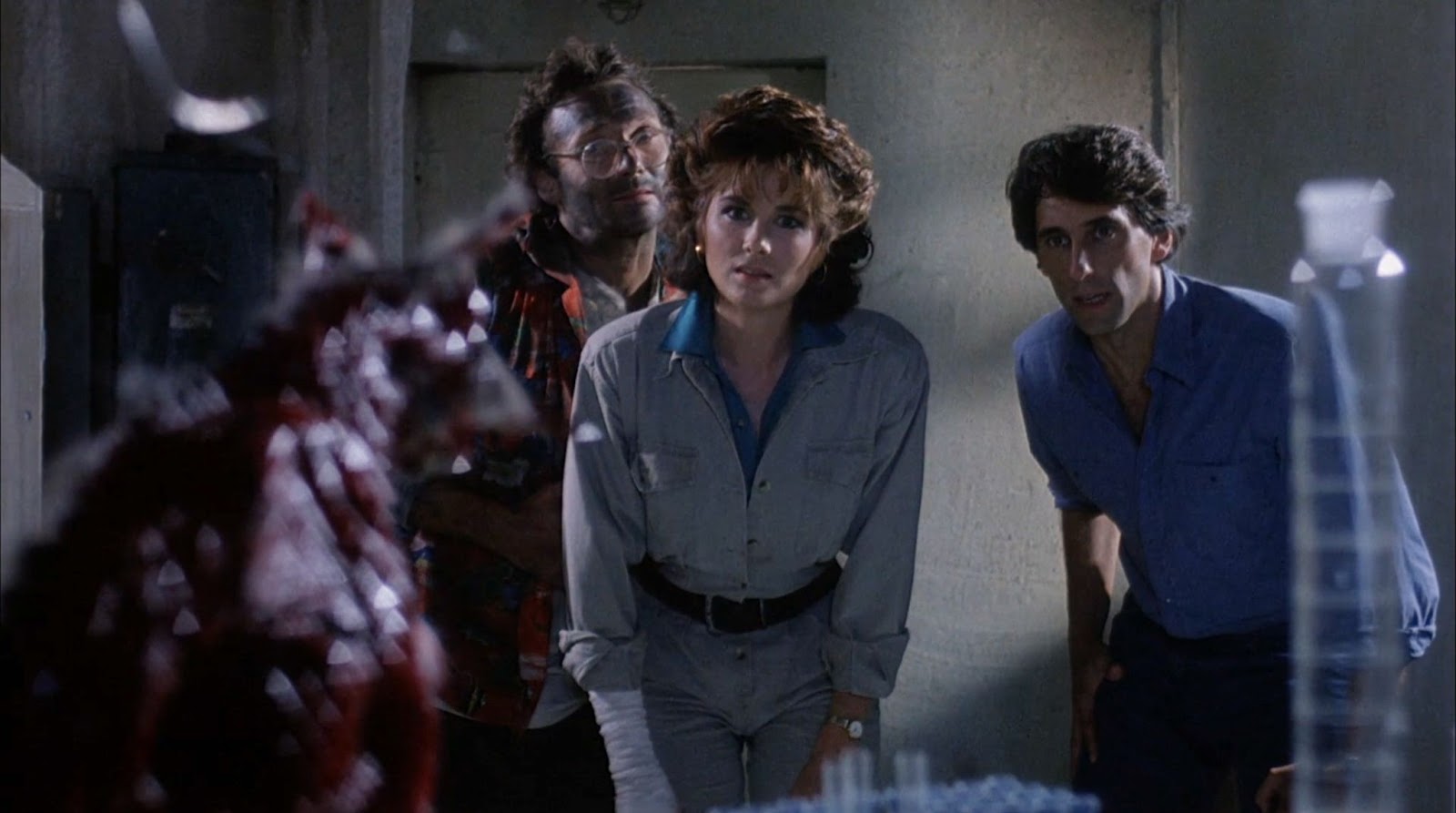 A scientist, a sheriff, an exterminator and an island mayor’s daughter hunt mutant cockroaches in New England. Restoration courtesy of Shout! Factory and the American Genre Film Archive. 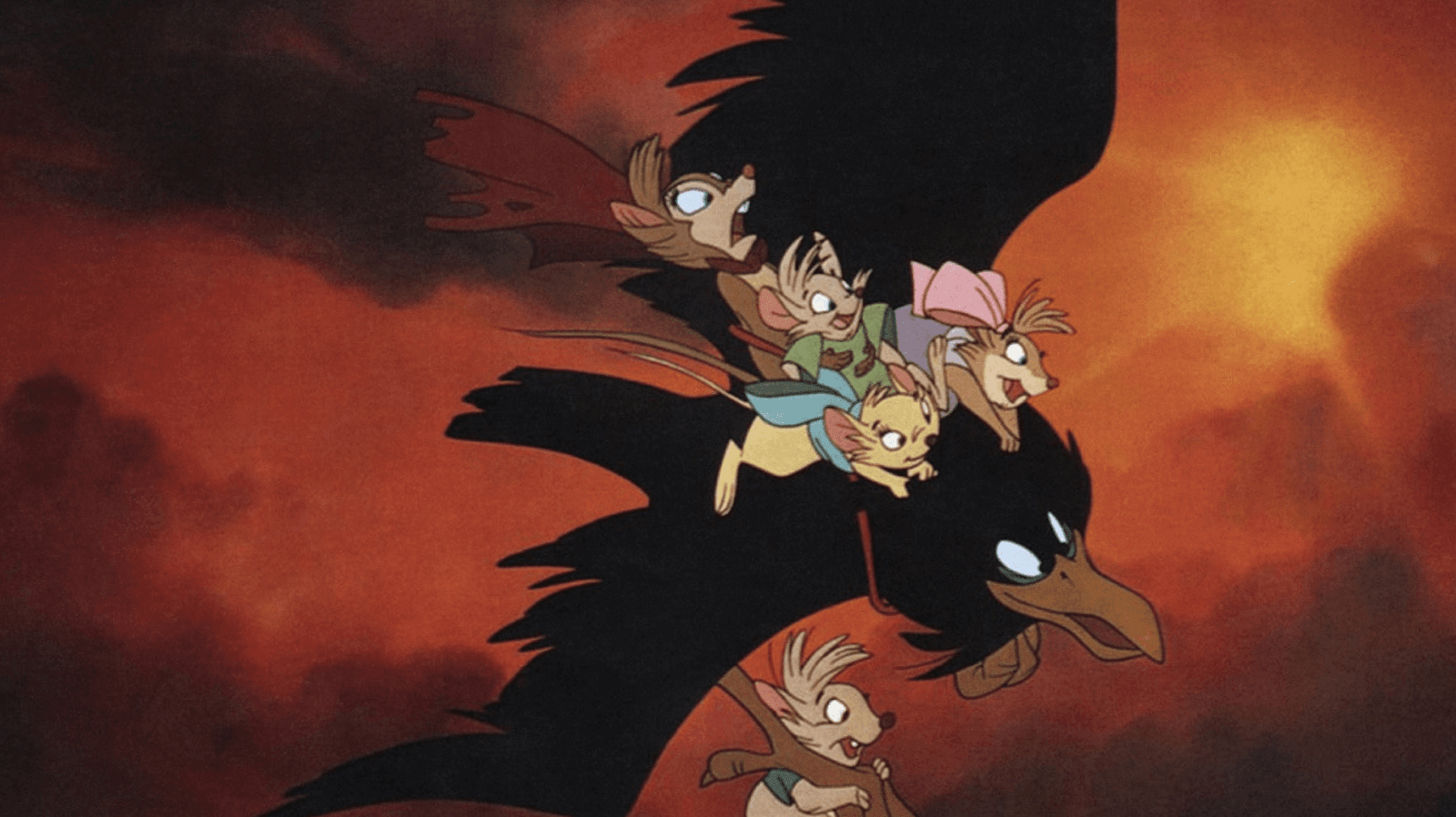 THE SECRET OF NIMH – 40th Anniversary

To save her ill son, a field mouse must seek the aid of a colony of rats, with whom she has a deeper link than she ever suspected.

A retired psychiatrist with dementia and a struggling author with a heart condition live their final days together in an apartment. 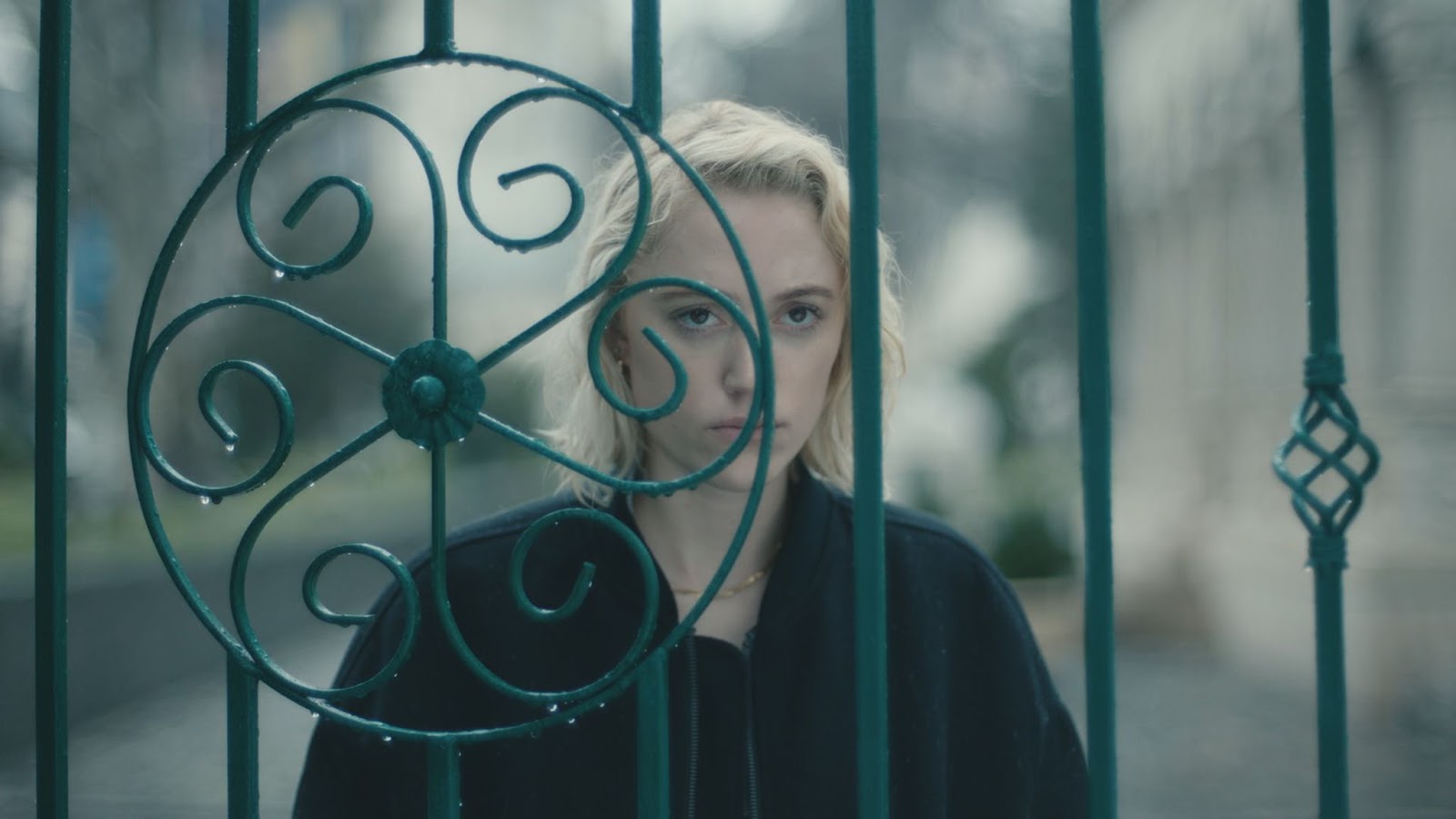 A young woman moves into a new apartment with her fiancé only to be tormented by the feeling that she is being stalked by an unseen watcher in an adjacent building.

In an isolated mountain village in 19th century Macedonia, a young girl is kidnapped and transformed into a witch by an ancient spirit. Curious about life as a human, the young witch accidentally kills a peasant in the nearby village and then takes her victim’s shape to live life in her skin. Her curiosity ignited, she continues to wield this horrific power in order to understand what it means to be human.

The CW has released a new extended trailer for The Flash, offering up some new footage from several upcoming episodes and teasing the unmasking of Zoom:

Zoolander is back but a lot has happened since 2001! Rest assured the Ben Stiller comedy features familiar faces and a few new ones with plenty to get you excited. Read more

It is the final episode of Season 1, and as expected following the somewhat calmness of last week's episode this week is about to go off the scale. Our crew Read more

Episode 5 of Zomboat! is the penultimate episode of Season 1 and it gave the audience a chance to catch their breath before the grand finale. Instead of the fast Read more

In Zomboat! Episode 4 we discover that even a shopping trip can be hazardous to your health in post-apocalyptic Birmingham. With the boat moored and apparently safe Amar (Ryan McKen) Read more

After our diversion last week our Zomboat crew begin travelling in the right direction and end up back where they first got on the boat. This also happens to be Read more

Zomboat! burst onto our screens last week and while we loved it we noted that it felt "a bit rushed with lots crammed in." As Episode 2 washed over us Read more

Debuting on ITV2 in the UK, Zomboat! is filmed in the 2.35:1 widescreen ratio of most zombie movies and answers the life long question of what would happen if you Read more

Tony Todd is back in an all new zombie movie: https://www.youtube.com/watch?v=IBlWz-n-nec When the world is in shambles, plagued by a zombie outbreak, only the strong will survive, but just how Read more

Columbus, Tallahasse, Wichita, and Little Rock move to the American heartland as they face off against evolved zombies, fellow survivors, and the growing pains of the snarky makeshift family... https://www.youtube.com/watch?v=SL6NTQhEqn4 Read more

In Zombieland 2: Double Tap, Columbus, Tallahasse, Wichita, and Little Rock move to the American heartland as they face off against evolved zombies, fellow survivors, and the growing pains of Read more

Zombie With A Shotgun trailer released

Zombie With A Shotgun is the feature adaptation of the popular web series of the same name. Aaron and Rachel are on the run due to the fact that Aaron is Read more

11 years ago, a zombie virus killed many people, while others had their family members turned into zombies. Society is still angry, and so outside the city, a zombie fight Read more

Zombie Army 4: Dead War is OUT NOW! Get your copy on PlayStation 4 TODAY! A reanimated despot and his ghoulish backup dancers shake a precariously attached leg in this Read more

IF YOU THOUGHT YOU WERE SAFE - YOU’RE DEAD WRONG! The year is 1946. Europe lies in ruins, torn apart by the nefarious “Plan Z.” A brave band of heroes Read more

Haiti, 1962. A man is brought back from the dead to work in the hell of sugar cane plantations. 55 years later, a Haitian teenager tells her friends her family Read more