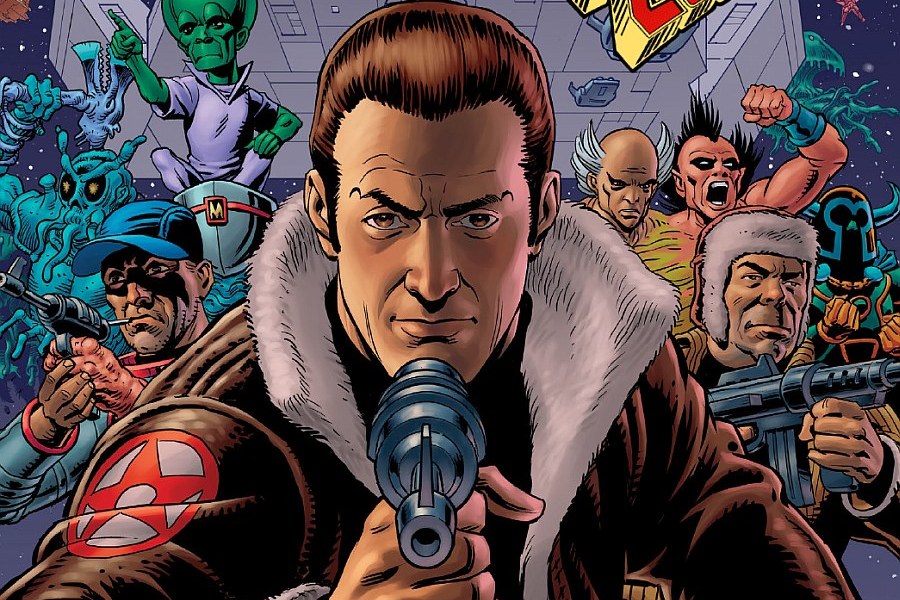 Dan Dare, Pilot of the Future is a British icon. He was created by Frank Hampson in 1950, and first appeared in the Eagle comic where he was an instant hit with the British public. Almost a decade after the original series had ended, Dan Dare was resurrected […]

Drifters today confirmed via twitter that it is set to premiere on Tokyo MX and other stations across Japan on October 7th 2016. ただいまヘルシング放送中ですが、ドリフターズ放送日が決定いたしました！ 10月7日（金）TOKYO MXほかご当地にて放送です！ また、本日より国際展示場駅の看板も掲出されました！コミケの際はぜひご覧ください！ では2話もお楽しみに！#drifters — アニメDRIFTERS（ドリフターズ） (@DriftersAnime) August 9, 2016 Created by Kouta Hirano (Hellsing), the manga interpretation of Drifters focused on Shimazu Toyohisa, who, […]

Call for Arts and Music at Collective Arts Brewing!

Collective Arts Brewing are a craft brewery that fuses the creativity of craft beer with the inspired talents of emerging artists, musicians and filmmakers. Their brewery is located in Hamilton, Canada and our products are currently available across Canada. They are excited to announce that this fall they will expand to select cities in the US, Europe […] 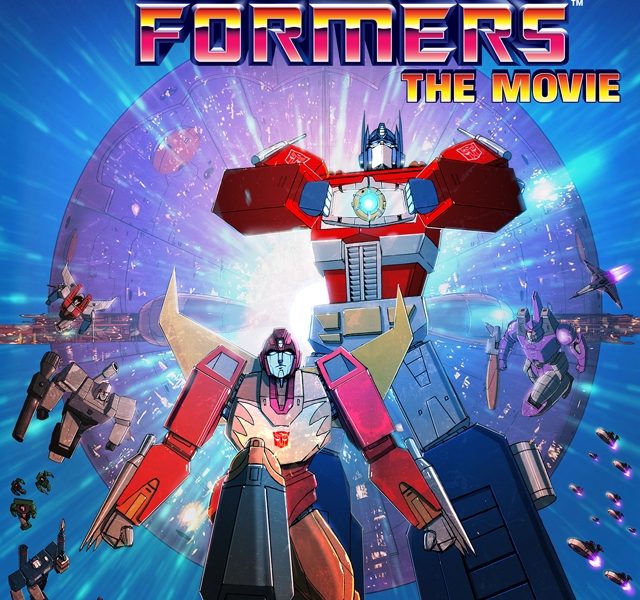 The greatest Transformers movie ever made is coming back with a special 30th Anniversary edition! We need to thank Shout! Factory and Hasbro Studios for that! Transformers – The Movie 30th Anniversary Edition will be available on September 13th 2016. You can pre-order your copy by clicking here!

His arrival into town is clouded by unrest at a factory where workers are seeking to unionize. Local authorities wrongly suspect John Kane (Sidney Poitier) to be an outside agitator for the union cause. The suspicions of the local Sheriff and Doc Thomas’ son, the District Attorney, grow […]

Erin Gray was born on January 7th 1950, in Honolulu, Hawaii and at the age of 15 years old she had a chance meeting with Nina Blanchard, head of one of Hollywood’s top modelling agencies and became convinced to pursue a career in modelling. Within a few years Gray was considered one […]

Becky Miller and Jarrod Kawl are a pair of students sharing a flat in the less-than-salubrious Swineboil Apartments. He’s a stoner movie geek, she’s a power-crazed Goth artist – together, they’re a magnet for every demonic incursion and ectoplasmic event. They could be mankind’s last hope against the […]

He-Man and the Masters of the Universe team up with the ThunderCats-the epic crossover event you’ve waited thirty years to see! In his ever-living desire to destroy the mighty ThunderCats, Mumm-Ra quests for a weapon that can rival the legendary Sword of Omens: He-Man’s Sword of Power! But […]

Sarah Grey is the new Stargirl

IGN reports that Sarah Grey (Power Rangers, Almost Human, iZombie, Wayward Pines, Bates Motel) has now been cast as Stargirl in the upcoming second season of DC’s Legends of Tomorrow! Stargirl, aka Courtney Whitmore started her superhero career as the second Star-Spangled Kid before being given the Cosmic Rod by […] 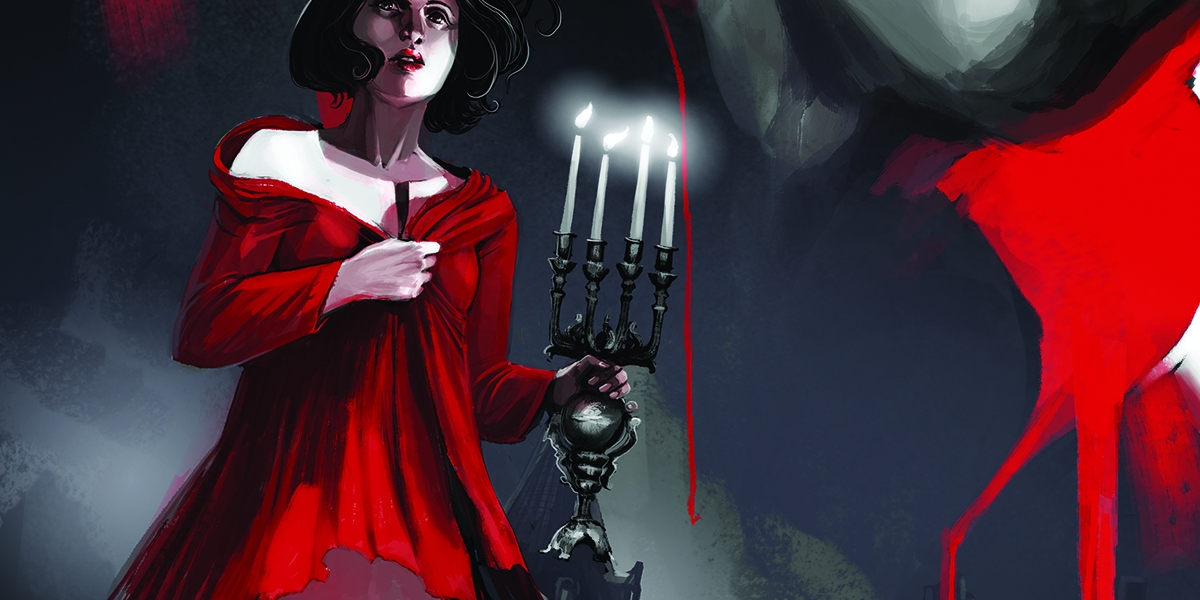 Trapped inside an old gothic mansion, Deadman must battle the forces of darkness alongside Berenice, a young woman with a complicated love life who is gifted-or cursed-with the ability to communicate with the dead. Romance, mystery, and evil await in the new, bimonthly miniseries DEADMAN: DARK MANSION OF […]

Trailer released for Doctor Who – The Memory Bank and other stories

A new trailer and cover artwork has been revealed for Big Finish’s October release: Doctor Who – The Memory Bank and Other Stories: The Memory Bank by Chris Chapman The Doctor and Turlough arrive on a planet where to be forgotten is to cease to exist. But the […]

“THE RETURN” part one! Terry McGinnis is back as Batman, much to the delight of his family and friends. But is the original Joker really back as well? Inspired by the possible return of their role model, the Jokerz have taken over an entire section of Gotham City […]

It was DC’s third swing at bat (so to speak) and it took two viewings to work out just how they scored. <SPOILERS> The opening of the film had me hooked. Finally seeing Belle Reve Penitentiary on the big screen was awesome, although most people outside the comic world […]

In the mid-to-late 1960’s, three young African-American men (Raymond Moffat, Junior Moffat and Ned Tiese) leave their small Southern hometown to join the United States Army and fight in the Vietnam War. Upon their return home, they take up the cause of battling the racial injustices prevalent in […]

Catherine Bach was born on March 1st 1954 in Warren, Ohio. She is descended from the Verdugo family, one of California’s earliest landed families. She grew up on a ranch in South Dakota, where she visited her grandparents in Faith, South Dakota, and graduated from Stevens High School (1970) in Rapid City, South Dakota. […]

Across the plains of Hyrkania, a message sweeps through the scattered peoples of the nation. Bells ring, horns blow, voices shout — the King is dying! Red Sonja rides to save the King from his doom as the powers of Hyboria crowd around to strike when the kingdom […]

An original graphic novel celebrating the life of the glorious athlete who metamorphosed from Cassius Clay to become a three-time heavyweight boxing legend, activist, and provocateur: Muhammad Ali. Not only a titan in the world of sports but in the world itself, he dared to be different and […]